In this over-stimulated world, is there any better mirror into the zeitgeist of the moment than the colors we see buzzing around us? Humans can perceive over 2.8 million hues, and though we are often unconscious of its influence, nothing creates a temperature and reflects our current cultural climate better than a color trend. Not only can color affect our choices and behavior, but our preferences clearly affect the colors we choose. In fact, it is hard to say whether we are being unconsciously pushed by an enthralling tide of Pantone turquoise or if we ourselves hold the influential paintbrush. The line between what we decide and what retailers and designers choose for us is blurred and indistinct. In the end, of course, the aim is usually to please and influence the consumer, so, however, the hot new palettes come into being, they have to meet us where we are. During times of prosperity, for instance, the most popular car colors tend to be black, white, red and silver with a shiny finish. In contrast, during times of recession, the “earth tones”, i.e. green, yellow, brown and orange become popular and with a duller shine.

Marcus Aurelius said, “The soul becomes dyed with the color of its thoughts,” and our shared cultural psyche surely has become dyed with the color of our combined viewpoints. But those views are as varied as each human being is unique, so how is it exactly that anyone can decide on the one color which should be exalted this season, this year? The answer is by tapping into our shared experiences – the things we all must face and all have the opportunities to take part in – our economy, our current cultural obsessions, and perhaps most importantly, our current desires. As well as being a communicative tool, color is a valuable form of escape that is quick and very effective. Color motivates us to move closer to those emotions we crave, and create the desired atmosphere. With color, Henry Matisse noted, one obtains an energy that seems to stem from witchcraft.

So what is the color for 2011, and how is our current mindset reflected by it? PANTONE 18-2120, honeysuckle, touted as Color of the Year, is described on the site as “courageous,” “confident” and “vital.” Boasted as “a brave new color, for a brave new world,” PANTONE 18-2120 is meant to create a deep, sensuous reaction from its warmth to its evocative name. “Honeysuckle derives its positive qualities from a powerful bond to its mother color red, the most physical, viscerally alive hue in the spectrum.” Indeed, as most of us are aware, the color red has to ability to affect us physiologically. According to Psychologist World, “Red increases the pulse and heart rate and raises your blood pressure. It increases the appetite by increasing your metabolism, which is why red is such a popular color in restaurants. It is active, aggressive and outspoken. One bank found that their lines moved faster when they increased the use of red in the bank lobby, and in a study of several hundred college students, a researcher found that they responded more quickly to cues under red light than under green light.”

There is something suggestive in the warmth and vibrancy of Pantone’s color of the year, yet also in the fact that, though dramatic and visually stimulating, honeysuckle is not a bold red but a soft, comforting sunset hue. Though we may feel ready to be more courageous and vital in our design and culture, it also seems that we also crave elements of coziness and romance. “The intensity of this festive reddish pink allures and engages. In fact, this color, not the sweet fragrance of the flower blossoms for which it was named, is what attracts hummingbirds to nectar. Honeysuckle may also bring a wave of nostalgia for its associated delicious scent reminiscent of the carefree days of spring and summer.” Bold, lighthearted and as free as the scent of honeysuckle drifting across a field, this color and its name call to mind an enjoyment that comes from stopping and reveling in the beauty of the natural world, in things, at least figuratively, without a price tag attached. This sense of reflecting the vibrancy and naturalness of our world is also reflected in the color trends related to sustainability, showing up most in the gravitation towards the earthy, natural and organic, and the cultural trend toward global travel, evidenced and influenced by everything from the craze for ikat and tribal prints to the 2010 movie Eat Pray Love.

Also noted by ColorSchool.org, in a discussion about the top color influences from 2009-2011 are gothic and high tech. Seemingly at odds with the raw and lighthearted influences, the interest in gothic and high tech perhaps illustrate that when one thing is popular, it’s extreme opposite also tends to get its fair share of attention. The tenacity of the gothic trend and its accompanying darker attitude so well displayed in recent movies like the twilight series and Burton’s Alice in Wonderland is evidenced by the success of stores like Hot Topic, even in this time of recession. High Tech, as remote as possible from the earthy, flowy, boho chic showing up in home décor and fashion, has nevertheless attempted to present a more personal, friendly front to counter it’s cold aesthetics through warmer colors and patterns. Ikea, with its crisp lines and industrial feel, has nevertheless embraced a friendly sort of futuristic look with bright and sunny colors.

All of the trends discussed show up in our everyday lives, from the scarves we throw around our necks and the print on our new living room chair, from the color of our iPhones to the cars we drive. ColorCombos.com notes “An excellent and ever increasing selection [in car colors]. Almost half of the new 2011 Ford, Lincoln and Mercury vehicles will feature new paint colors with interesting names, many of which are based on delectable foods. Expect to see White Chocolate and Candy Apple Red cars on the lot as well as silver and bronze metallics and paler shades of green and blue.” Cars and technology are not only status symbols but have become a form of personal expression through a more varied selection of colors to suit a consumer’s tastes. Not all color choices have been made with the consumer in mind, however. A notable example is Facebook, which features a simple palette with a heavy emphasis on blue simply because creator Mark Zuckerberg suffers from red-green color blindness and finds a primarily blue site far easier to navigate.

Looking forward to 2012, we find that Pantone’s theme of “Bridges” will have a powerful impact on the popular color palettes. According to redoitdesign.com, “the trend is really about metallics, transparency, and optical textures in fabrics shown side-by-side with very modern matte finishes with engineered curved lines – Modern meets updated flea market, or rather – transitional.” Evoking toned-down images of pop culture icon Lady Gaga in the mind’s eye, the discussion continues, “Metallics emphasize luxury, and as always optimize a hint of glamor to relieve the mundane.”

It seems clear that, whether we are escaping to a natural, more sustainable paradise on earth, a far-off and exotic destination, the melodramatic romance of the gothic palette, or the glitter of a world of brights, metallics, and technology, we crave to move to a different place in our culture, to step ahead with more confidence into a world of joy and escape. 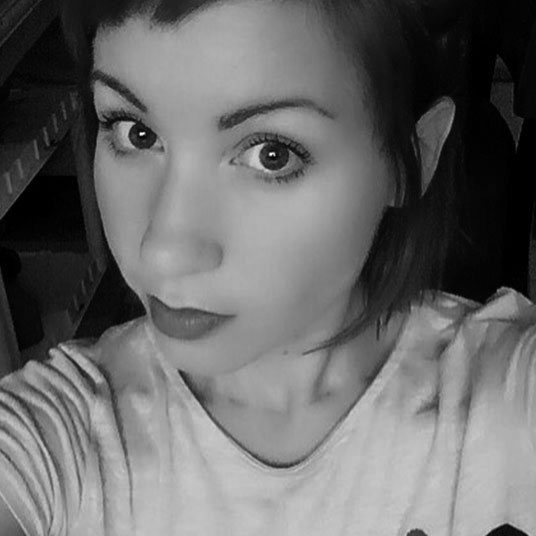